Right, so our class made and presented presentations about the Learning Scientists 6 learning strategies for effective studying habits. All of the learning strategies are researched and studied by the cognitive scientists themselves. So, they argue what we thought we knew about studying with logic and …

END_OF_DOCUMENT_TOKEN_TO_BE_REPLACED

I didnt read the entire novel yet, though I plan to. The Road by Cormac McCarthy is a very grim and dark story about a man and his son surviving on what little they can find in a post-apocalyptic world. I decided to read it since …

END_OF_DOCUMENT_TOKEN_TO_BE_REPLACED

A Multigenre Paper on Inkspell by Cornelia Funke

Dear Reader Letter
Which Way To Lombrica?
Meggie’s Instagram
The Ballad of Mo and Resa
Adderhead Receives Book of Immortality
Not – So – Hidden Hidden Character Development in Inkspell
How To Make Dustfinger
Epilogue
Explanation of Genres
Works Cited

HEY READER, I would like for you to enjoy this multigenre paper, just as much as I have enjoyed creating this paper for you! In this paper, I have used a news article, persuasive essay, Instagram post, monologue, a recipe for/of a character, and a play script. I have re-ordered the genres so that they are in chronological order, true to the story, this way the paper is most effective. So far my favourite genre to write has been this letter because I’m able to guide this one-sided conversation, the way I would like to. I can just let my thoughts out and the reader can enjoy them with me, and it feels very natural and friendly.

I have a series of 6 genres that I believe help represent what Inkspell by Cornelia Funke is all about. Family and Good vs. Evil are two very strong ideas or topics in this book so I wanted my thesis to connect both of these topics while making sense of what is going on in the story.  Family is a very strong topic as Meggie, along with her family, and the people she cares about, are the protagonists. They help each other get through their hard times and push each other to do great things. The antagonists, on the other hand, have no remorse or common sense, killing anyone they please and doing other fun things like mass hangings and over taxation. They give us the good vs. evil story arc.

I had a hard time writing the script because the event I chose was quite long and an important character in that event is quite a minor character so I had a hard time portraying his personality while connecting to the thesis. That genre was hard but not my least favourite, and I have a love for plays and musicals so it was fun. I’d say my least favourite to write was the persuasive essay because I was unmotivated to and didn’t quite know where I was going with the essay. My other favourite genre was probably the monologue. Dustfinger is my favourite character in this story, so that why he’s a frequent topic. As a side note, Dustfinger is not the main character in the story, nor does he play a major role in the climax or main plot. The monologue was my favourite because I was able to properly express his feelings or at least what I believe he was feeling at that time. It’s also a style of writing I don’t do very often and I had fun trying it out. Next time I do a multigenre paper, I think I might want to focus on the very main characters and how their actions, beliefs, and thoughts connect with my theme, instead of doing whichever character I favour most.

What I hope you can take away from this project is that family will always be there for you. By family I mean anyone you care about, care for you as well. People who care about you will help you get through your toughest times, even when you feel like the world is against you or you feel you aren’t going in the right direction in life. A family will always be there to support and guide you. With that, I leave you to enjoy the rest of my paper. Cheers! 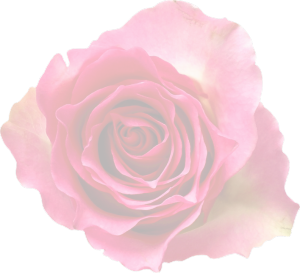 When you have family and people that care about you, their goodness shall always prevail.

Dustfinger’s thoughts about being back in the Inkworld and Orpheus leaving Farid out of coming with him.

Where is he? Where’s Farid? Orpheus left him out of the reading, didn’t he? Damn dough face, this isn’t what we asked for. Has he no respect for me? Orpheus, my disrespectful, extraneous devotee, I never asked for. Poor Farid ought to be having a fit over it. Actually, now that I think about it, this may be what’s  for the best in the end. This world wasn’t made for him, he wouldn’t fit in. Still, I wish he could see this. Farid would have been so elated. Scared of the nymphs most likely, but that’s to be expected. Despite the fact he’s such a brave kid, he has such peculiar fears.

Roxane, and Brianna and Rosanna. How are they? What have they been up to? What do they look like now? Have they been eating enough? Oh god, I miss my girls. I hope that they’re alright. I don’t think I could explain how distraught I’d be if one of them had gotten sick. This world could use a medical revolution about now. I wonder what Roxanne’s been doing, how my love has busied herself while I’ve been gone. Perhaps she’s gone back to performing? Maybe she’s a painter or farmer now. And my little ones, Brianna and Rosanna. My only children, like saplings to a great redwood. Unfortunately, I left them to become fatherless children. And finally, after a decade, I get to see my little girls again.

I’ve missed the smell of the grass after it rains, the tall, tall trees of this forest, and huge faery nests. What I don’t miss, however, is the unsolicited bites from the fire elves or the consequences of crossing a Night-Mare. Even the gnome’s little homes and brownie cave villages seem so foreign now. I never thought I ‘d say this, but I missed the giants and wolves. Hah, but I don’t think they missed me as much as I missed them.

Now, which way was it back to Lombrica? 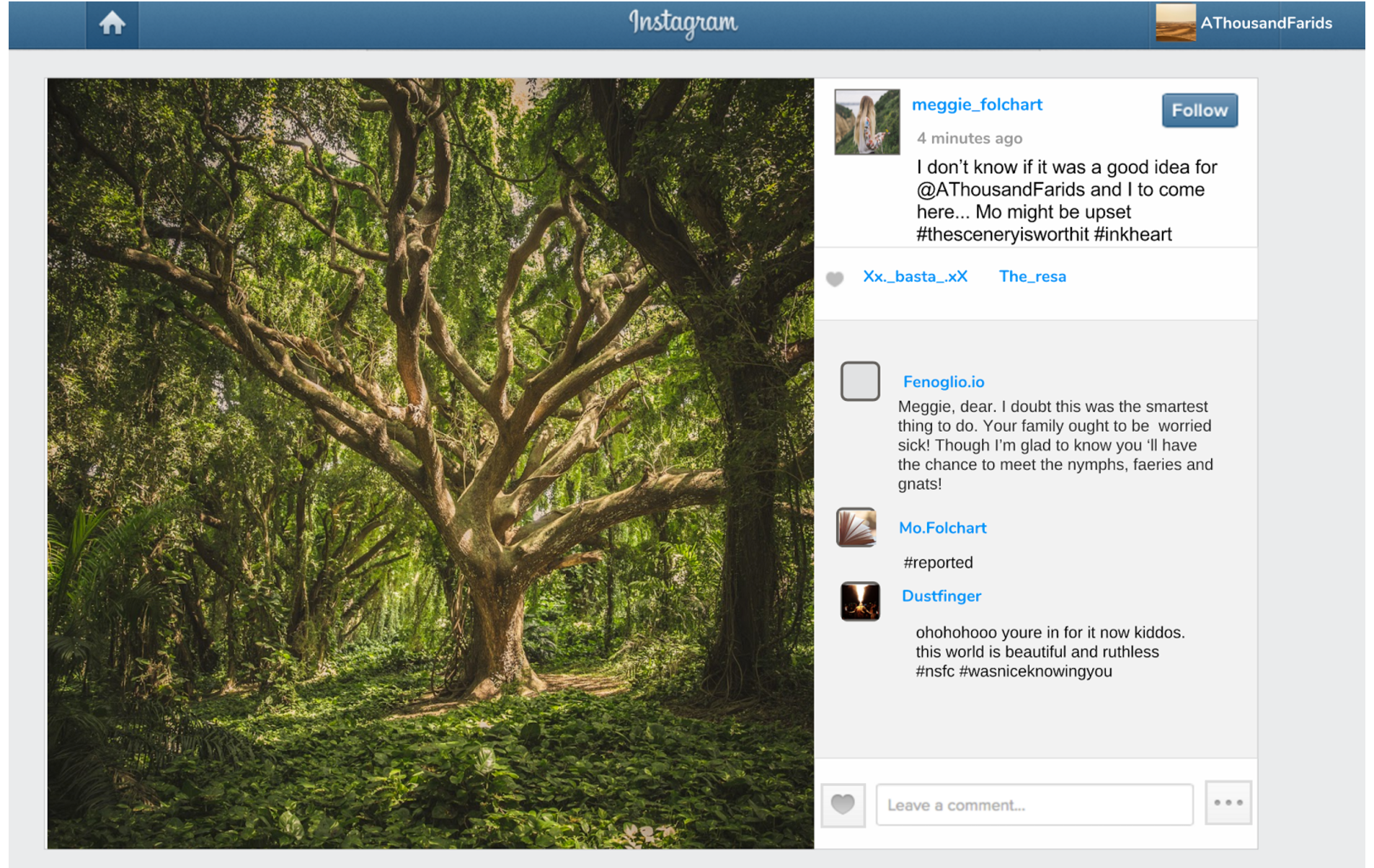 The Ballad of Mo and Resa

Characters:
Mortimer Folchart: Accidentally read Capricorn, Basta and Dustfinger out of Inkheart a decade ago (Also called Silvertongue by Dustfinger), adult male.
Theresa (Resa) Folchart: Read into Inkheart in exchange for Capricorn, Basta, and Dustfinger. Former slave in the Inkworld. An adult woman, Mo’s wife.
Mortola: Capricorn’s mother. Capricorn has died and Mortola wants revenge against Mortimer for “Killing” her son. Middle aged woman.
Basta: Former henchman to Capricorn and now to Mortola, older man.
Cloud-Dancer: former tightrope performer, now a messenger in Inkheart, Adult Male
Dustfinger: Read out of Inkheart by Mo, A firebreather, Adult male
Meggie Folchart: Daughter to Resa and Mo, also able to read characters in and out of books, young teenage girl.
Farid: A boy the same age as Meggie, read out of a thousand Arabian nights, love interest to Meggie
Fenoglio: The author of Inkheart, Voluntarily read into Inkheart by Mo, a middle-aged man

Mortimer, Mortola, Basta, and Resa are read into Inkheart by a crooked reader named Orpheus in the hopes that Capricorn is still alive in the Inkworld. Resa is holding onto Mortimer, Basta is standing behind Mortola as they are brought to the Inkworld